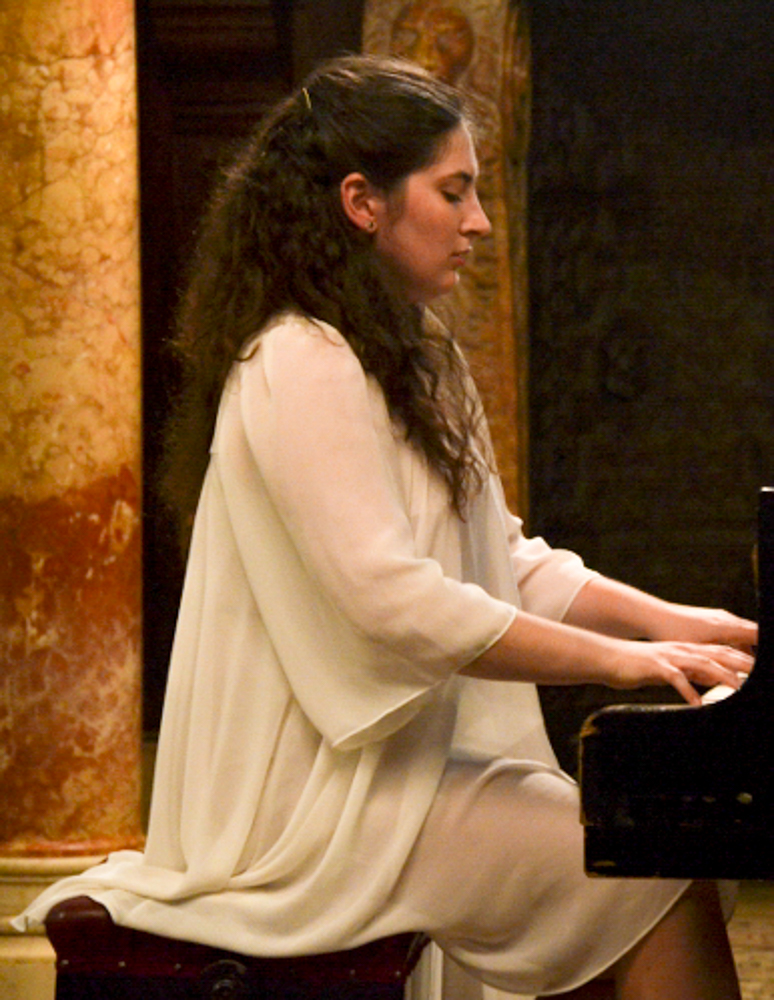 Romanian pianist Ana Nedelcu started her musical education in her home town, Bucharest, at the age of 5. In 2005, she began studying under the guidance of Oana Radulescu Velcovici. After being accepted in George Enescu National School of Music in Bucharest, Ana started having public appearances, both as a soloist and in chamber music ensembles.

In 2012 she started studying with Caroline Palmer at The Guildhall School of Music and Drama in London, where she benefited from a scholarship offered by the Guildhall School Trust. In 2016, she graduated with the title Bachelor of Music with Honors. For her Masters Degree, Ana studied with the renowned pianist Josu De Solaun, at Sam Houston State University in Texas from 2016 to 2018.

Ana has received advice from pianists like Valentin Gheorghiu, Viniciu Moroianu, Ronan O’Hora, Katya Apekisheva, Charles Owen, Laura Roberts, Pamela Lidiard, Paul Berkowitz. Throughout her career, Ana Nedelcu has performed in Romania in places such as The Romanian Atheneum, The Dalles Hall in Bucharest, The Sutu Palace in Bucharest, The Art Museum in Constanta, in England at the Guildhall School of Music Concert Hall and in Saint Mary-at-Hill Church in the City of London, in Spain at the Foundacion Euterpe Hall and in the United States at the James and Nancy Gartner Performing Arts Center.

Ana has been teaching throughout the cities where her studies took her. She has been a part of the Fireworks Music School in London, where she has taught for one year. In Texas, Ana taught privately in the Houston area, as well as in Sam Houston State University, where she had the position of Teaching Assistant.

Currently, Ana is pursuing her DMA in Collaborative piano at CIM, where she studies with Anita Pontremoli. She is excited to share her time with the students of Aurora!