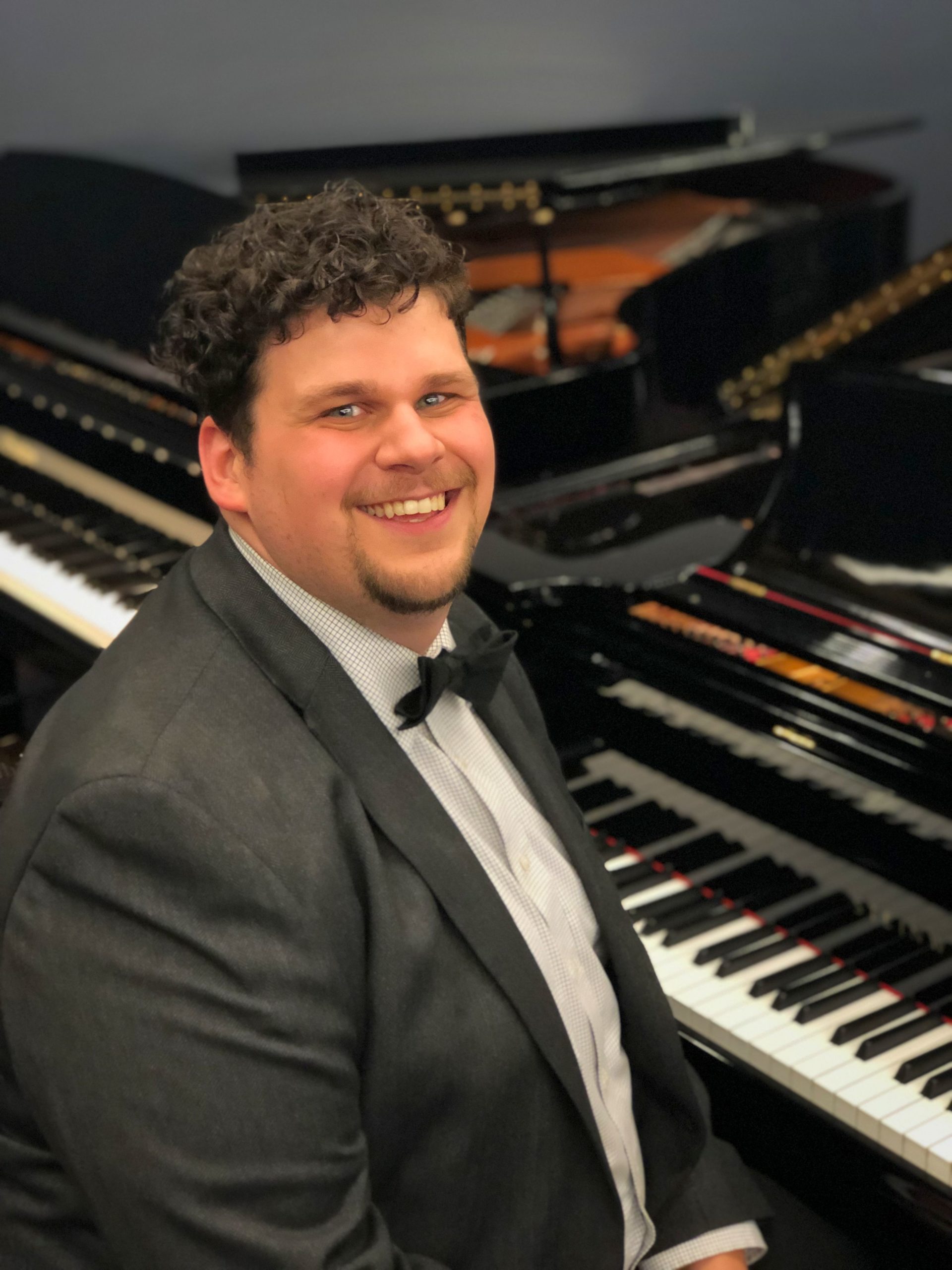 Born and raised in Northeast Ohio, Bret began studying piano at the age of nine. As he progressed into young adulthood, his career took a slight turn when he decided to pursue his Bachelor’s Degree in Voice at Ashland University. After graduation, Bret began an independent studio, teaching piano lessons. His true passion, the piano, was still calling and after 6 years away from collegiate music study, Bret began his pursuit of a master’s degree in Collaborative Piano at Kent State University.

Bret’s career as a performer has led him to work as a music director for productions of 9 to 5, Sweeney Todd, The Little Mermaid Jr., and Young Frankenstein among others. He has performed numerous times as a pianist, including accompanying Broadway performer Tim Shue.
Mr. Bret’s passion  for piano has taken to many performance venues becoming one of the most sought after vocal coach accompanist in the greater Akron-Cleveland area. His dual, vocal and piano, background makes Mr. Bret stand out, and the combination brings the best performance attributes and musical interpretations to his students.