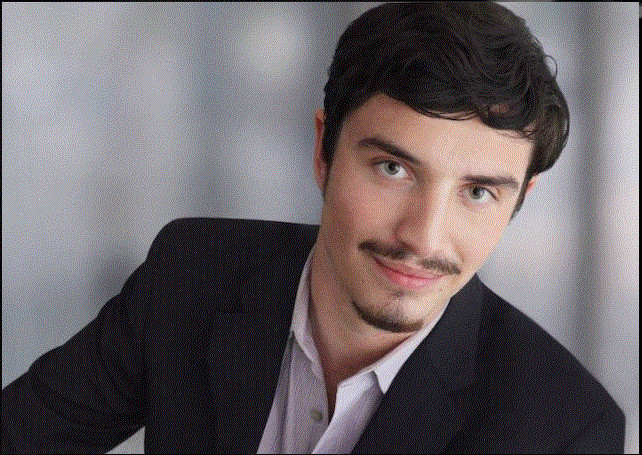 Baritone Charles Austin Piper is from Johnstown Ohio. He graduated from Otterbein University in the spring of 2017 with a BM in Vocal Performance. At Otterbein he performed roles such as Count Robinson in Cimarosa’s Il Matrimonio Segreto, King Melchoir in Menotti’s Amahl and the Night Visitors, and Mr. Gobineau in Menotti’s The Medium. In that spring he worked with Opera Columbus and their production of Bizet’s Carmen as a member of the chorus. In 2019 received a Masters of Music in Vocal Performance at Kent State University. At Kent State he performed the role of Dr. Falke in Strauss’s Die Fledermaus, Top in Copland’s The Tenderland, and debuted the role of Brently in Scott Little’s The Story of an Hour. In the spring of 2018 he performed in the chorus of Cleveland Opera Theatre’s professional debut of Dawn Sonntag’s Verlorene Heimat, was the bass soloist in The Cleveland Chamber Choirs production of Johann Sebastian Bach’s Lobet Gott in seinen Reichen. In 2018 he studied at The American Institute of Musical Studies in Graz, Austria, where he received the Harold Heiberg Liedersänger Preis for outstanding lieder performance. In 2018 he won 1st place in the
advanced men category at the NATS Ohio Competition. In the summer of 2019 he worked with The Ohio Light Opera company performing various roles including a featured role in the North American Premier of Emerich Kalman’s The Devil’s Rider. In February of 2020 he performed with the Columbus Symphony Orchestra in their collaboration concert with Carnegie Hall “Link Up: The Orchestra Moves”. He has been a private voice instructor for the past three years for music schools around the Cleveland area and is now happily a part of the Aurora School of Music. He wishes everyone to stay healthy during these trying times and hopes that you consider voice lessons here in the near future.