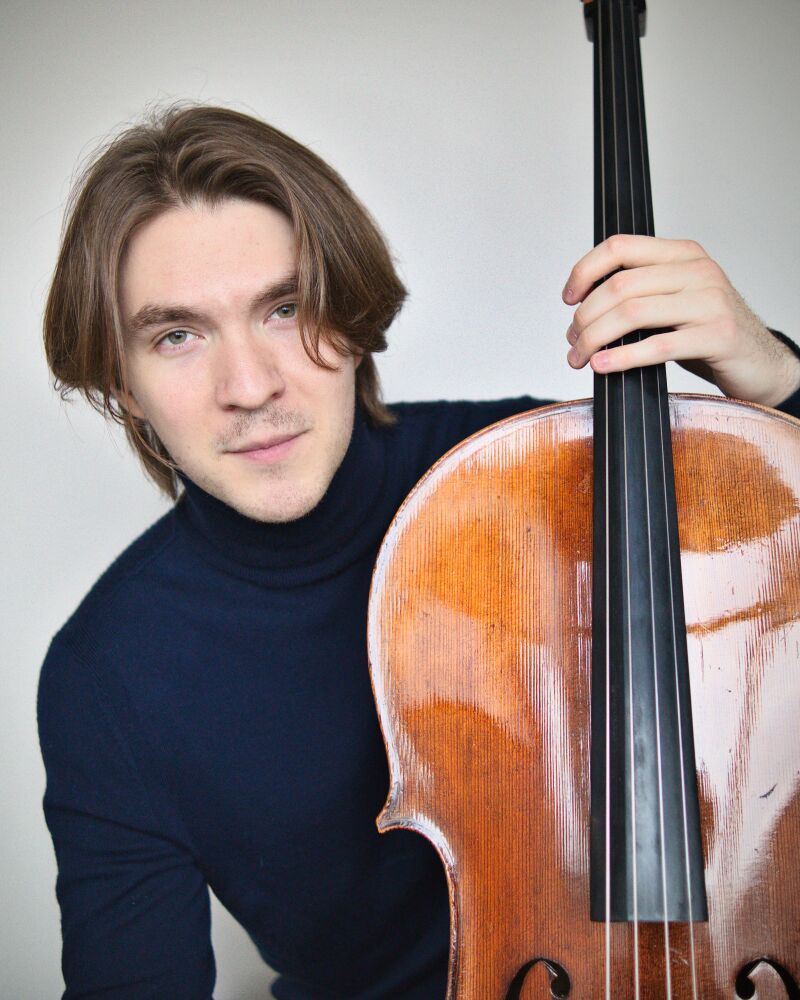 Gabriel Ramos recently completed his Master’s Degree in Cello Performance at the Cleveland Institute of Music, where he studied with Dr. Melissa Kraut. He earned his Bachelor of Music Performance with David Requiro at the University of Colorado Boulder, where he was the recipient of the Louis and Harold Price Foundation Scholarship, the Herbert T. Clark Foundation Scholarship, as well as other substantial academic and musical awards. Gabriel, a California native, began studying the cello at age 10, and his teachers have included Jonathan Koh, Michael Mermagen, Si-Yan Darren Li, and Charles Bernard.

In 2015, Gabriel won a position in a fellowship quartet sponsored by the North Carolina Chamber Music Institute and WCPE 89.7 FM, The Classical Station. Subsequently, he made several guest performances in 2016 with principal players of the North Carolina Symphony. More recently in 2022, Gabriel continued to express his passion for chamber music as a member of both the Intensive Duo Program and the Advanced Piano Trio Program at the Cleveland Institute of Music.

In addition to his activity as a soloist, he recently won the non-rotating 2nd chair vacancy at the Akron Symphony Orchestra. Presently, he is on the substitute roster for the North Carolina Symphony, Firelands Symphony Orchestra, Canton Symphony, the Cleveland Pops Orchestra, and the New World Symphony. In Cleveland, he has performed on multiple occasions as principal cello of CIM’s orchestra.

Over the past several summers, Gabriel has enjoyed making music both solo and alongside esteemed colleagues at the Apple Hill Center for Chamber Music, the Bowdoin International Music Festival, the Meadowmount School of Music, the Aspen Music Festival, and the Sitka International Cello Seminar. In his free time, he enjoys cooking, going to the gym, and searching for the best BBQ in town.