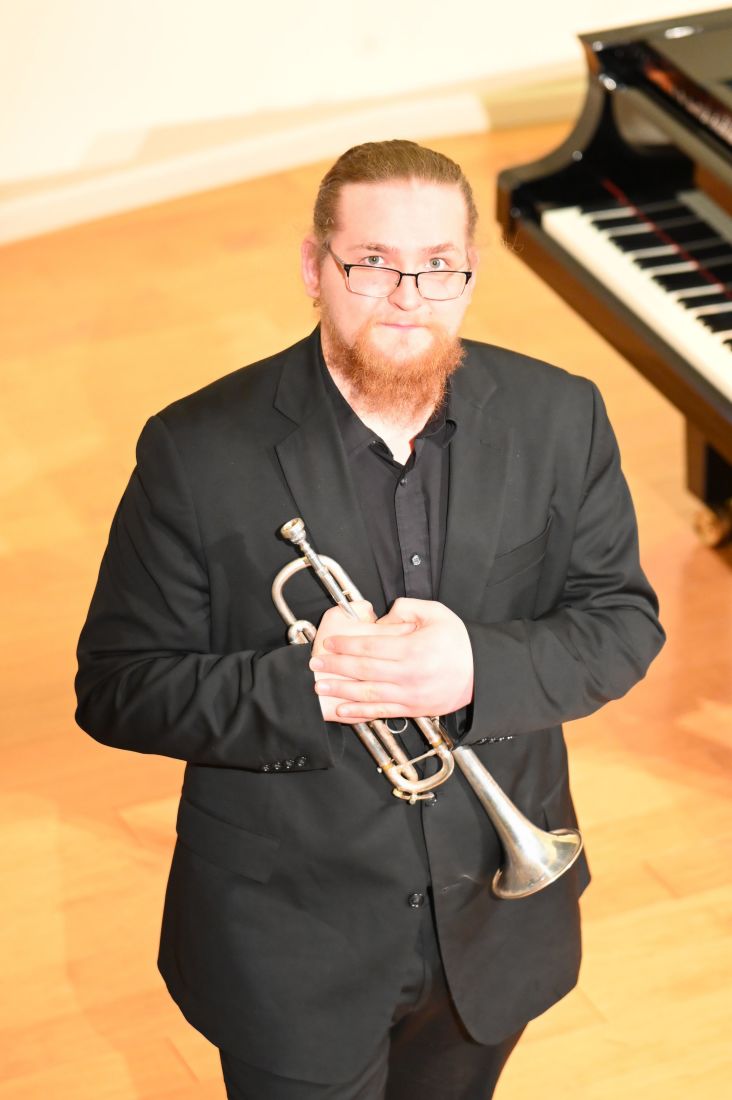 Garrett enjoys performing with a wide variety of musical ensembles such as the Skatch Anderson Orchestra, the Dan Zola Orchestra, and Sammy DeLeon y su Orquesta. He has composed music for numerous ensembles and loves the thrill of premiering new music. Notable performances include with the Ars Nova Chamber Musicians performing concerti by Torelli and Jachinni as the featured soloist, and the Baldwin Wallace Brass Choir performing his arrangement of Wayne Shorter’s Infant Eyes, as well as performances at the Kennedy Center in Washington D.C., and at Carnegie Hall in NYC.