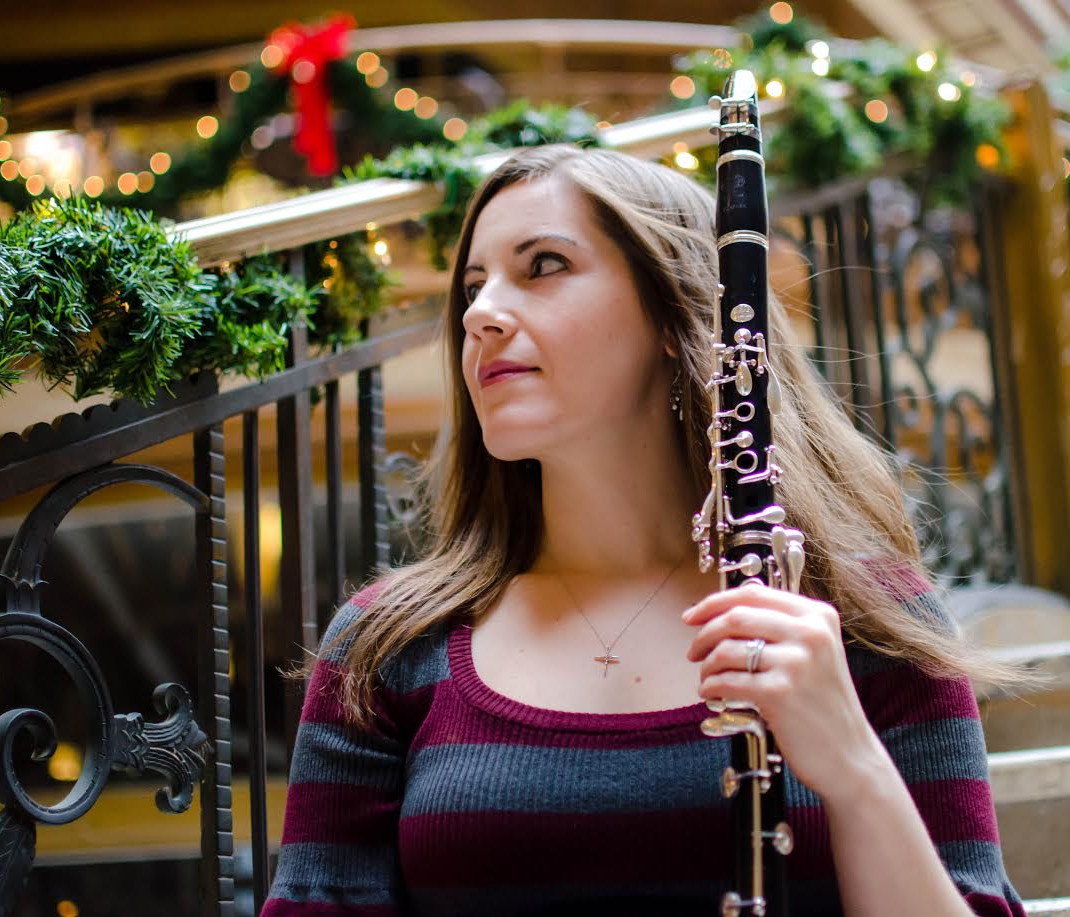 Jennifer Magistrelli was born in central France and moved to Chagrin Falls, Ohio at age six. She began her clarinet studies at age ten with the school band program, and later studied privately with Daniel Sheridan, who was then a student of Swedish clarinetist Håkan Rosengren at the University of Akron. Jennifer earned a Bachelor of Fine Arts degree in clarinet performance from Carnegie Mellon University, where she studied with Tommy Thompson of the Pittsburgh Symphony. While in Pittsburgh, she played principal and E-flat clarinet with the Johnstown Symphony and the Pittsburgh Youth Symphony Orchestra. At CMU, she was a two-time recipient of the Silbermann Clarinet Award, and her trio won second prize in the Silbermann Chamber Music Competition. Jennifer earned her Master of Music degree at Northwestern University, where she studied with Lawrie Bloom of the Chicago Symphony and Russ Dagon, formerly of the Milwaukee Symphony. She also attended summer music festivals at Brevard Music Center and the Pierre Monteux School.

In 2004, Jennifer moved back to Ohio and began teaching at Western Reserve Academy and the Aurora School of Music, which was then in its infancy. She studied with Daniel Gilbert, formerly of the Cleveland Orchestra, for several years to further her clarinet studies. Jennifer joined the Cleveland Philharmonic Orchestra for a year and played E-flat clarinet. She has since played with the Canton Symphony, the Erie Philharmonic, the Akron Symphony, Opera Circle and ProMusica Chamber Orchestra in Columbus. She has also travelled to Italy to perform with the International Opera Theater. Through the Aurora School of Music, Jennifer has performed live on WCLV 104.9 FM and has hosted master classes for her students with Dan Gilbert of the University of Michigan and with Robert Spring of Arizona State University. She has also performed in numerous chamber and solo recitals. Many of her students have been involved with the area’s finest youth ensembles, including the Cleveland Orchestra Youth Orchestra, the Cleveland Contemporary Orchestra, the Akron Youth Symphony and the Cleveland Youth Wind Symphony. Several of her students have performed and studied the clarinet in Europe.