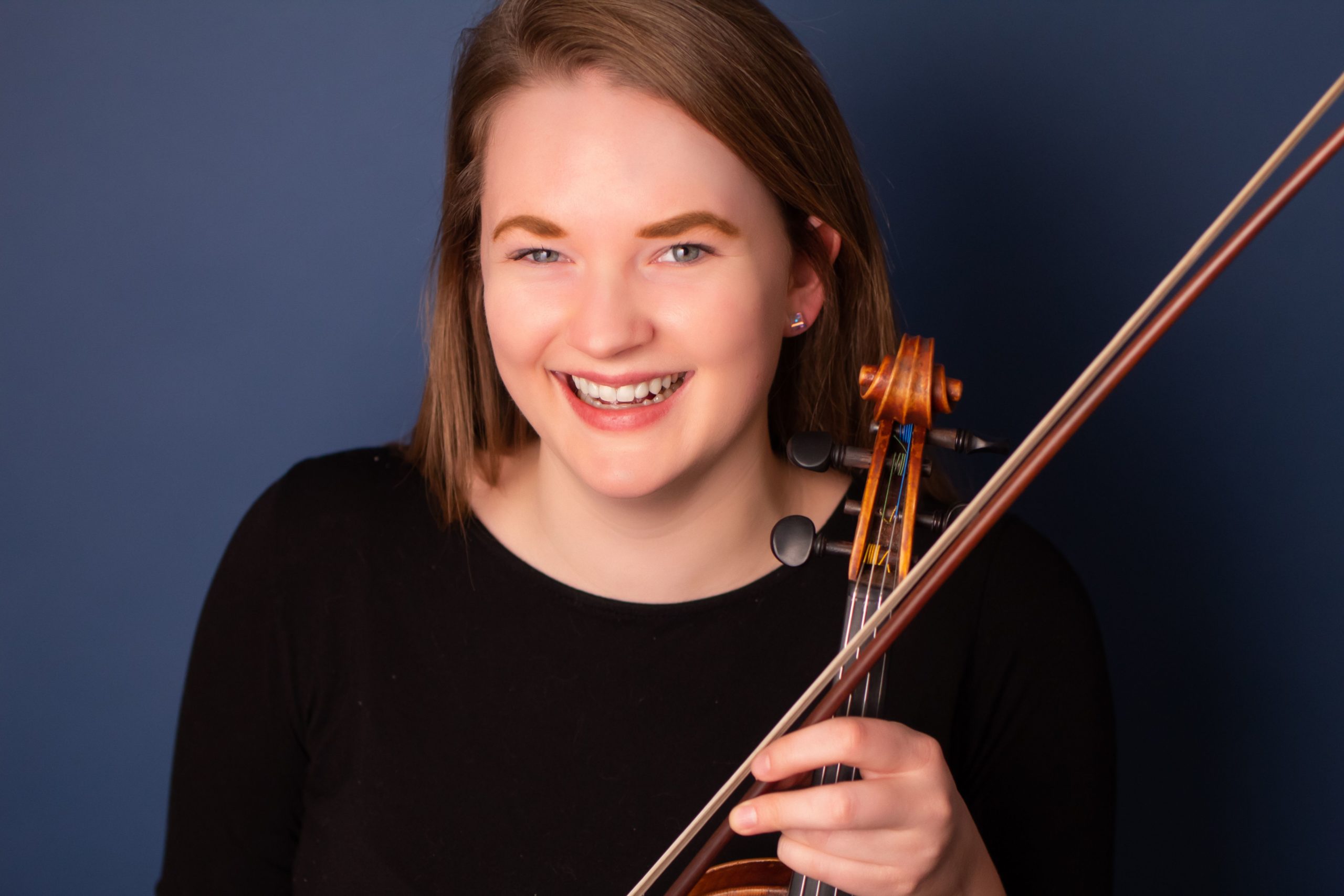 Cleveland violinist Kelsey Ferguson started playing the violin at age 10. She recently graduated from the Cleveland Institute of Music where she studied with Jan Mark Sloman and achieved a double master’s degree in Violin Performance and Suzuki Pedagogy. Previously, she studied with Ivan Zenaty at the Cleveland Institute of Music and Olga Kaler at the DePaul School of Music in Chicago where she graduated in 2016. In both Cleveland and Chicago, Kelsey is an active freelancer, performing with some of top ensembles in the areas, including The Civic Orchestra of Chicago, Fifth House Ensemble, the Akron Symphony, and Cleveland Opera Theater. She also maintains a busy teaching schedule; in Chicago she worked for the Ravinia Festival’s El Sistema program along with other area string programs and private students. Now in Cleveland, she teaches violin at the Aurora School of Music, the Cleveland Music Settlement and City Strings, and is the assistant director of children’s choirs at St. Paul’s Episcopal Church in Cleveland Heights. Last summer, she traveled to Harare, Zimbabwe to teach Suzuki Violin, lead group classes and give recitals. She has had the privilege of playing in masterclasses for Paul Kantor, Frank Almond, Ilya Kaler, and Grigory Kalinovsky as well as attending highly regarded music festivals such as the National Orchestral Institute, Bowdoin International Music Festival the Orford Academie. This summer she will perform with the New Hampshire Music Festival and Festival Napa Valley in California.