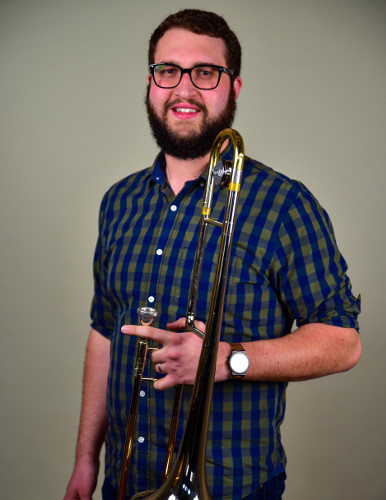 Originally from Akron, Ohio, Max Brady is a graduate of the University of Akron where he studied with Ed Zadrozny and Jack Schantz. Max participated in the Jazz Trombone Ensemble while attending the University of Akron, which won the International Trombone Association Kai Winding competition in 2013. The group performed in Chemnitz, Germany at the Deutsche Musikfest, and the ITA conference in Georgia. In addition to his studies he participated in the university marching band, and was an active educator in the Akron area before moving to Cleveland.

Max performs and composes for locally-based soul singer Wesley Bright, and has shared the stage with Tower of Power, Sly and the Family Stone, Lee Fields, Charles Bradley, Mel Brown, and the No BS Brass Band, among others. He has performed at a variety of festivals, such as the Montreal Jazz Festival, the Deutsche Musikfest in Chemnitz, Germany, the 4th & 4th Fest, and the Nelsonville Music Festival.