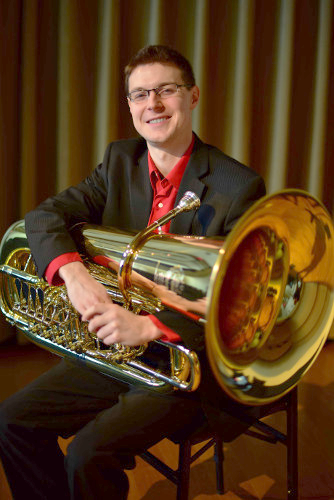 Neal Chiprean was born and raised in Butler, PA, and currently resides in Kent, Ohio. Neal received his Bachelor’s degree in music education from Slippery Rock University in Pennsylvania, and his Master’s degree in tuba performance from Kent State University. While working on his Master’s degree, Neal had the privilege of performing as a member of the Cleveland Orchestra Chorus. From 2011-2014, Neal served as band director of the Columbiana Exempted Village School District in Columbiana, OH, where he taught all bands grades 5-12, high school choir, and high school general music classes. One of Neal’s greatest passions is drum & bugle corps. He is a former member of the Bluecoats drum & bugle corps, where he performed as a member of the tuba section in 2007 and an assistant conductor in 2010. Currently, Neal teaches brass at the Jersey Surf drum & bugle corps, specializing in tuba instruction.