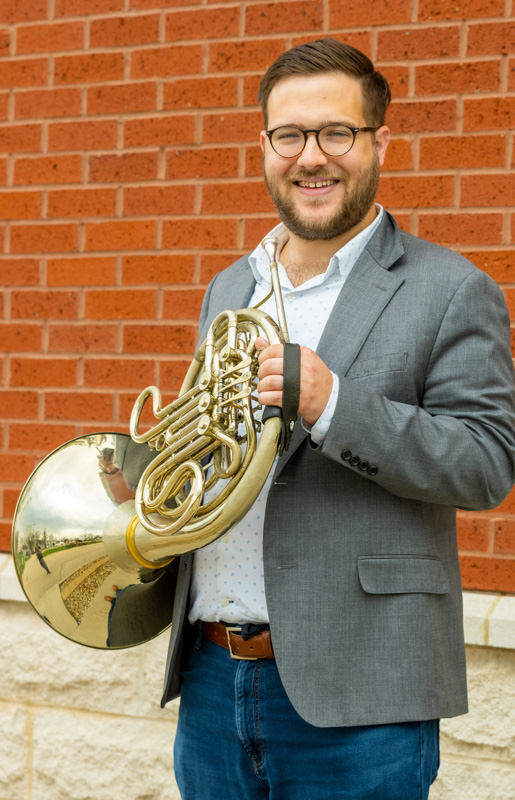 A native of Hudson, Ohio, Sam Hartman graduated from the Cleveland Institute of Music with a Bachelor of Music in Horn Performance studying with Richard Solis. Additionally, Sam has studied with David Brockett, Richard King, and Alan DeMattia.

Sam is a freelance musician in the Cleveland area and has performed with the Ashland, Mansfield, Akron, and Canton Symphonies. He has also played in the pit orchestra for numerous productions with Cleveland Opera Theater. Sam has also participated in a number of summer music festivals including the Domaine Forget Music Festival in Quebec, and he spent 3 summers at the Kent/Blossom Music Festival where he performed the Brahms Horn Trio and participated in side-by-side concerts with The Cleveland Orchestra.