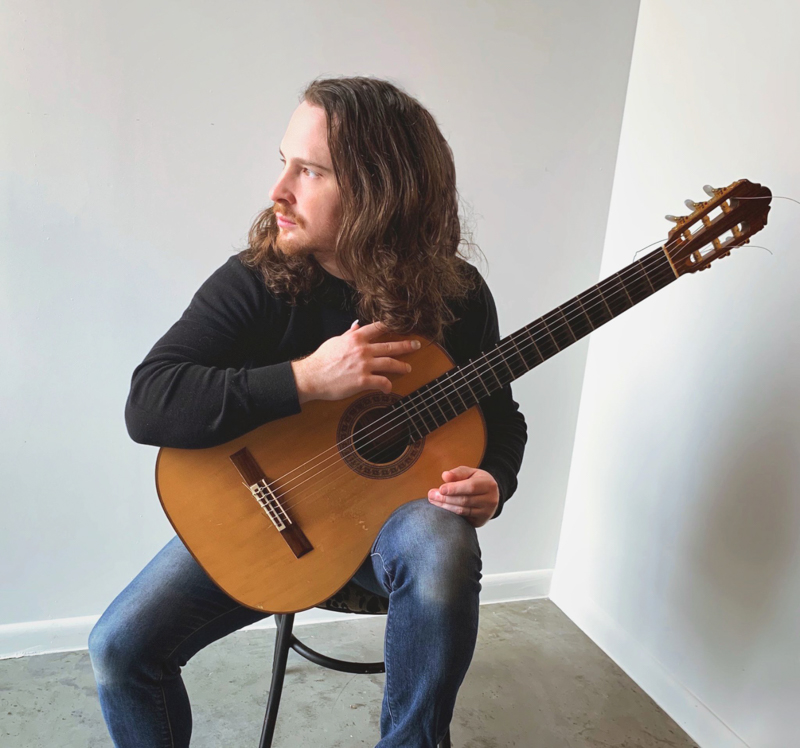 Tom Ray first picked up the guitar at 13 years old after hearing the band Deep Purple and has been playing ever since. His musical influences and teaching styles cover a broad cross section, from shred to classical guitar, blues, jazz, fingerstyle, and everything in between. He’s taught guitar, bass, ukulele, drums, songwriting, theory, and more to students of all ages for more than 15 years in Cleveland, NYC, and Austin.

Tom’s obsession with the guitar brought him to the Baldwin-Wallace Conservatory under the instruction of Loris Chobanian, attaining his Bachelor’s degree in Classical Guitar.

Tom proceeded to teach guitar at the Aurora School of Music for six years, he taught over 50 students of various ages and levels in classical, rock, and jazz guitar. After his tenure at the Aurora School of Music, Tom moved to New York to pursue a career in music, and lived there for 7 years, performing in solo recitals, tons of gigs and recordings with numerous bands, recording artists, and pit orchestras, and teaching at 4 different schools. He then moved on to Austin for 5 years, teaching at Don’t Stop Rockin and Velocity Music Academy, while playing classical guitar and recording & playing with multiple bands. He’s now returned to the place where his teaching career began, the Aurora School of Music, and of course, his hometown, Cleveland, to attend the Cleveland Institute of Music and earn his Masters in Classical Guitar.