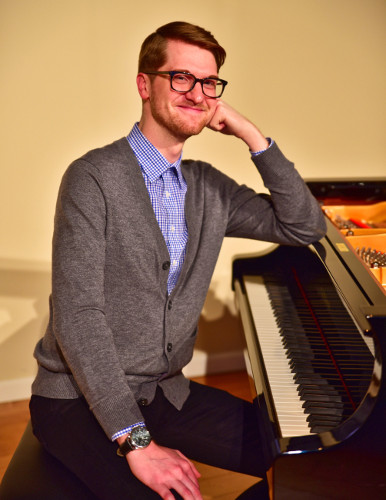 Will Hamilton, pianist, graduated Summa Cum Laude from the University of Akron with a B.M. in Collaborative Piano Performance and a B.A. in Spanish.  Throughout his studies with Ms. Laura Silverman, Will was selected by the UA School of Music as the 2010 Most Outstanding Piano Student at the undergraduate level, and the following year he was the 1st-place winner of the Marjorie Neville Collaborative Piano Competition at Central State University.  He has worked as an independent and collaborative pianist in a variety of capacities, including opera and musical theater productions, competitions, and recitals.  Some of Will’s more memorable performing experiences include his collaboration (2013-2016) with Broadway conductor Terry LaBolt and Tony-winning director/choreographer George Pinney, during which he was credited as assistant musical director, score editor, rehearsal pianist, singer and actor for premiere musical productions composed by Dr. Lawrence Kass.

For the last decade, Will has also worked in the Akron-Cleveland area as a pianist/organist at St. Francis de Sales Church, Bethany Lutheran Church, and Temple Israel; as a salaried vocalist for the latter, as well as at Westminster Presbyterian Church and Park Synagogue; lastly mas a freelance keyboardist/vocalist for weddings, bar/bat mitvahs, anniversaries, and other special occasions.
In addition to his work as a pianist, Will has considerable experience as a professional vocalist, having sung with the Cleveland Orchestra, Opera Cleveland, Akron Baroque Orchestra, Canton Comic Opera, and Orville Community Orchestra.  One of his fondest memories was the European tour of November 2013 – during which he traveled with the Cleveland Orchestra and Chorus performing Beethoven choral music for concert halls in Germany, France, and Luxembourg.  Given his comparable passions for piano collaboration, vocal artistry, and foreign languages alike, Will aspires one day to become known as a prominent vocal coach in conjunction with his work as a piano instructor.